Traveling over the Christmas holidays 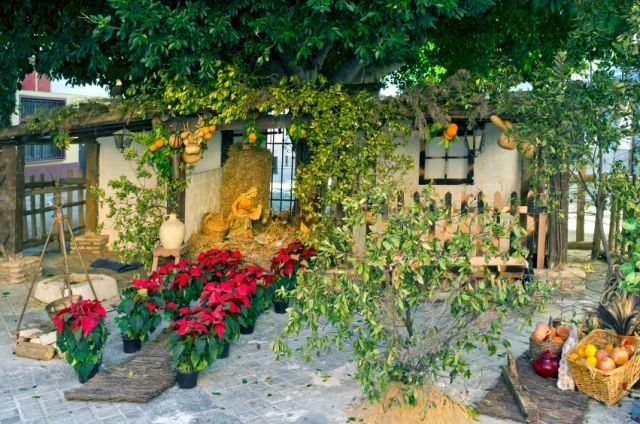 Maybe you’re thinking of a getaway by yourself or with a couple of friends, either way, a Christmas escape is great time to travel and explore Europe. The summer crowds are gone and you’ll be able to enjoy the quiet countryside like a local.

Since Christmas traditions vary around the world, you’ll also get have a fascinating look into the culture and history of a region during the holiday season. In Spain, Santa Claus is called Papa Noel, but he doesn’t bring toys to children and he is not as important. Nativity scenes reign supreme (over Christmas trees!) and are the center piece of the Andalucían home and on display in every village.

Holiday celebrations begin in early December, but extend beyond Christmas day to the twelfth night after Christmas, when the Three Kings or Wise men brought gifts to the baby Jesus. On Christmas Eve, Spanish families have a special dinner together at home. The traditional Christmas dinner is Pavo Trufado de Navida – Turkey stuffed with truffles (rare, wild mushrooms) along with prawns, cheeses and jamón (cured ham) all washed down with local red wines.

The holiday season culminates on January 5th with the Cabalgata (float parade) celebrating the arrival of the Three Kings, when gifts are left overnight for opening the next morning. Cake is served for lunch as soon as presents are opened – Roscon de Reyes – a light brioche style ring shaped cake filled with nata (white cream) and covered with candied fruit and sugar. A King figurine is hidden inside the Roscon – anyone who finds the figurine gets to wear the paper Golden Crown and is aptly named – the King!

On one of our most popular tours, you’ll meet like-minded people that want to be active over the holidays – along with companionship around a blazing log fire on Christmas Eve!

Our Secrets of Andalucía Walk starting December 20 is a firm favorite for the holidays. Situated in the heart of the southern Andalucía province of Axarquia, you’ll stay at the enchanting Hotel Finca el Cerrillo – the living areas include a wonderfully charming beamed lounge – kept cozy on winter nights with a log fire, a dining room, small library and ‘honesty’ bar.

With an average daytime temperature of 60 degrees, it’s perfect walking weather with cool nights and sunny days. Our experienced guide will take you out on the ancient bandit mule trail used to transport silk from Cómpeta to Granada, walking beneath the majestic peaks of the Sierra Almijara. You’ll also walk through olives and almonds to the Moorish white villages of Archez, Competa and Canilas de Albaida – with time to explore the local shops filled with artisan wares.

You’ll spend a day in the beautiful city of Granada to visit the world-famous Alhambra Palace. At Christmas time the narrow streets of Granada are filled with street markets, nativity scenes and festive lights making for a special atmosphere.