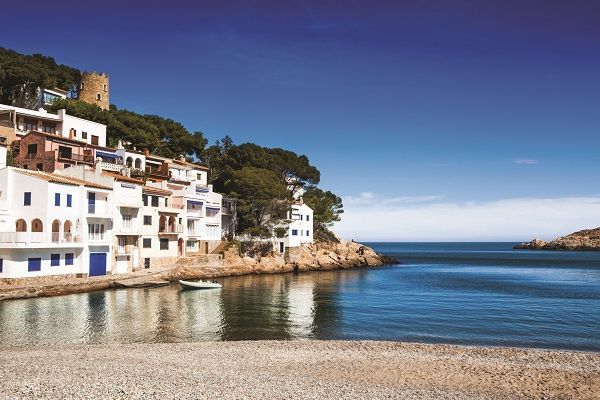 Food is a fundamental part of Spanish culture. History has seen the country occupied by Greeks, Romans and Moors among others, and you can taste these influences throughout Spanish cuisine. Whether it’s olives from the Greeks and Romans, spices like saffron from the Moors, or tomatoes, potatoes and peppers from the New World, Spain serves up a fiesta of flavors, with each region making its own culinary statement. 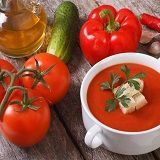 In the alluring region of Andalucia you’ll find a beautiful mix of coast and countryside. There are valleys peppered with olive groves; meadows full of figs and blackberries; vineyards and orange groves. The Moors taught the Andalusians how to grow fruit and vegetables and this is evident in many of the region’s local dishes; try tasty cold soups like Gazpacho, made with tomatoes, cucumber, peppers, onions, garlic, water and olive oil.

A signature product here is cured ham. Iberian pigs are highly prized for their superior meat and are fed on acorns to produce the high-quality Jamón ibérico. With over 800km of coast, it’s no wonder that Andalucia also produces a lot of fish and seafood – think anchovies, sardines, tuna and chipirones (prawns calamari). Sherry is a regional favourite – try the dry, clear Fino or Amontillado, both delightful with fish.

Take me to Andalucia 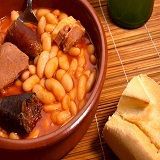 Asturias embraces a slower, more traditional way of cooking. Broad beans are a staple here, eaten in salads, soups and the signature local dish, fabada, a delicious stew made with beans and meat or seafood. Veal and beef are typical meats of the region, along with cured pork meat like Morcilla (black pudding) and Chorizo Asturiano (smoked spicy sausage). For a true meat treat, try Cachopo, which sees beef steaks and slices of ham and cheese coated with breadcrumbs and fried.

Asturias produces a lot of cheese, made from ewe, cow or goat milk. For a smoked cheese try Queso Gamonéu, or for blue cheese try Queso Cabrales; the latter is wonderful washed down with the region’s signature drink, sidra (cider). Cider has been produced in the region since Roman times and ‘first tastings’ are traditional, where friends and family gather to taste it while it’s still fermenting in barrels, sampling ham, sausage, bread and Cabrales cheese on the side.

Take me to Asturias 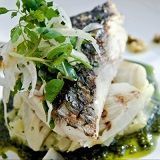 Catalunya has quite the reputation for its cuisine and culture of eating – and deservedly so. Authentic flavors combine with inventive recipes to create some wonderful dishes based heavily on seafood, meat, poultry and local fruit. Typical Mediterranean ingredients like tomatoes, garlic, fresh herbs and olive oil are also prevalent. The region is home to numerous talented chefs including the Roca brothers, whose contemporary Catalan restaurant took the coveted number one spot in 2015’s The World’s 50 Best Restaurants list.

Local gastronomy reflects the region’s geography of coast and mountains with Mar y Muntanya (surf and turf) a popular choice – try dishes like Pollastre amb escamarlans (chicken and scampi). Another highlight is Escudellla, a Catalan stew made with meat, beans, potatoes, cabbage and sometimes pasta. Wash down with full-bodied reds like Priorat or sip on chilled Cava, a signature Catalan tipple.

Take me to Catalunya 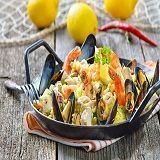 This region is famous for its old agricultural tradition and you’ll see numerous vegetable gardens growing aubergines, artichokes, beans and peas. Fish is also common given the region’s coastal connections, especially salted fish like tuna, roe and dried cod, which are used to create such dishes as the traditional Esgarraet – red peppers and aubergine, baked with dried codfish and seasoned with olive oil.

Arab influence saw saffron and rice come to the region and these are very much part of the local gastronomy, perhaps most notably in the popular Paella. The traditional Valencian paella uses saffron and rice with both seafood and chicken; you can, however, find it with meatballs, calamari or fish. Wash down with excellent white wines like Alto Turia and Serranía, or reds such as Requena and Utiel. You should also try the local tipple, Horchata de Chufa, a tasty tiger-nut milk, spiced with cinnamon or lemon.

Take me to Valencia

View our full collection of trips to Spain…